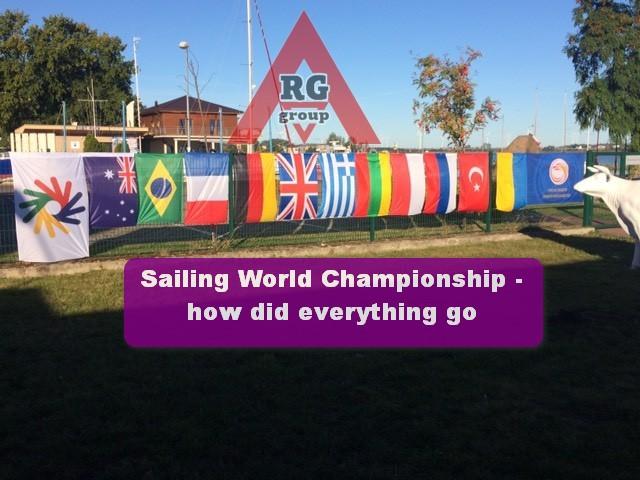 Sailing World Championship - how did everything go With the support of our company and the Yacht Club Obolon, the Ukrainian team participated in the First Sailing World Championship among athletes with hearing impairments. We express special thanks to the Specialized Children and Youths Spots School of the Olympic Reserve in sailing “Yacht Club Obolon” in the person of Vyacheslav Golimbievsky. The school provided Ukrainian team with the yacht and allocated time for training. The World Championship was held in Puck, Poland in September 2018 (22.09 - 29.09). Our country was represented by athletes Pashchenko Inna, born in 1988, Sergey Piletsky, born in 1973 and Dmitry Malashenko, born in 1978, as well as the organizer and trainer Anatoly Borisenko, born in 1979. The program of the competition and the results are available on the link www.wdsc2018.pl.
Our team got 11th place among 14 participating countries. During the competition, our athlete Sergey Piletsky was injured, and the team was forced to miss two starts, which resulted in penalty points. Nevertheless, the team didn't give up and continued competing. Having analyzed the mistakes the Ukrainian team will prepare with great desire and perseverance for the next World Championship which will take place in Turkey in two years.
See you soon, Turkey!